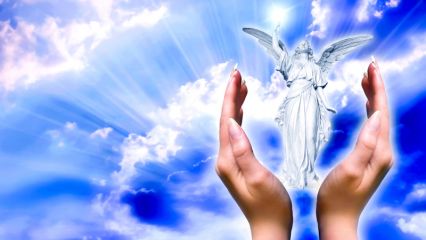 Angelic Reiki is a safe, natural, high frequency, multidimensional system of Angelic Healing and consciousness expansion that allows connection through the Angelic Kingdom of Light to your Soul energy in order to bring through powerful healing; yet it is simple to learn, easy to use and a delight to receive.

Much more than a healing modality, Angelic Reiki is a profound, very high frequency, multidimensional system of healing and consciousness expansion that is developmental on many levels. Angelic Reiki is not 'Angel Reiki' which is a completely different system. What sets Angelic Reiki healing apart is the pure Divine vibration that is stepped down through the Angelic Kingdom during a treatment to focus powerfully on root causes. Each person responds to the Divine vibration in accordance with their own level of development, and the healing vibration feels noticeably different to that of any other modality - whether you are a recipient or practitioner.

Benefits from receiving Angelic Reiki treatments and from learning Angelic Reiki for personal, spiritual and/or professional reasons are amazing. The unique, complete system of angelic healing that is Angelic Reiki was channelled to Kevin Core by Archangel Metatron between October 2002 and February 2003. From that time onwards, Kevin and Christine Core developed and taught Angelic Reiki worldwide. Their tireless dedication to anchoring the high, pure vibrations of the Angelic Kingdom on Earth through their teachings has benefited countless people in many countries and contributed to raising the consciousness of humanity at this critical time. 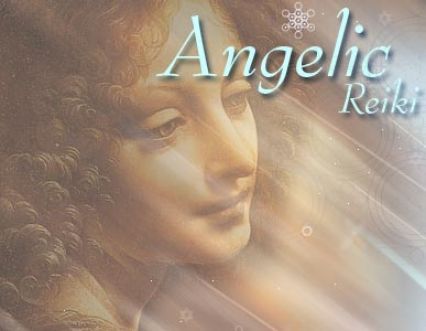 Belief in angels has formed part of Humanity’s spiritual quest down through the ages, and references to angels can be found in every religion, every culture. The Angelic Kingdom is said to have been created as part of an earlier evolution of this Universe. Angels are perceived as Divine Beings of light whose purpose it is to anchor Divinity on Earth. They emanate from a stream of consciousness outside of the dimensions known to human beings, from the dimension of original Divine Source. They are divine messengers, guides and teachers able to transcend time and space as we know it.

It is said that Angels work on the golden ray of true unconditional love and wisdom, and certainly, Angels have immeasurable love and compassion for us and for our planet, as we work through these times of huge turbulence and change which are causing us so much distress on personal, organizational, national and international levels. Angels embody the Divine, and when the highest vibration of Divine Love is anchored into your own consciousness through a downpouring of Soul energy, you have the power to change your reality. If you wish to re-awaken your divine awareness, if you would like to change your life and become whole and healthy, embracing true joy, perhaps you will be drawn to Angelic Reiki.

You must be wondering how Reiki and herbs can be connected and used on seeing the title of the topic, but from my personal experience herbs play a major role in opening the chakras, balancing or harmonizing them.

Lao Tzu (The Old Master), also know as Lao Tse, Lao Tsu or Lao Zi, is a personality clouded by doubt and historical uncertainty, as far as facts about his life are concerned. Historians and scholars have been trying for centuries to create an accurate biography for Lao Tzu without much success, as two or three historical figures seem to identify with him.

There are many different ways in which an individual’s personality has been linked to certain physical parts of the human body. The one attribute that stands out above the rest seems to be our hands.

Reiki for pets and animals