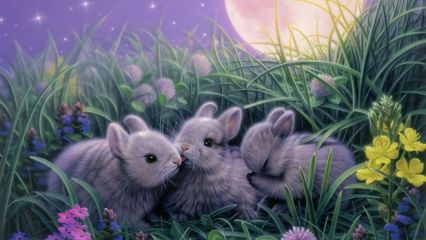 It’s Easter-time for chocolate, Easter eggs, and adults to dress in Bunny outfits and set-up scavenger hunts that seem more for the adults than the kids. However, beyond the commercialism that’s associated with Easter, there is something more powerful about the time and the story behind the time.

This is the time when we celebrate the story of a Divine being who chooses to give up his life and then rise from the dead. Although Christianity has become mostly identified with this story through the story of Jesus of Nazareth, it is a powerful enough story to be found throughout human history and nature.

Often, these stories prominently feature men, and in particular, the father-son relationship. Among the oldest renditions of this story is the one from Ancient Kemet (or Egypt): the story of Asr (Osiris) and his son, Heru (Horus). Asr, a god king, was betrayed by his brother, Set, and murdered. In short, his son avenges his father’s untimely demise at his uncle’s hand and comes back with the keys of the underworld kingdom. He now has the power of his Father and has redeemed the world. Sound familiar? Hold on there’s more. There are other modern manifestations of this story.

For instance, Disney’s The Lion King, with father-king Mufasa and son, Simba, and the story of Superman, with father Jor-el sending his only son, Kal-el, to save it, are re-tellings of the same myth. Nonetheless, the most popular of these foundational myths is the crucifixion of Jesus Christ, the widely acclaimed son of God and the ancestral heir to King,David’s throne, for the redemption of human sin and suffering. According to the New Testament, after Jesus is slain, he rises again after three days to proclaim victory over death and the glory of his heavenly father. 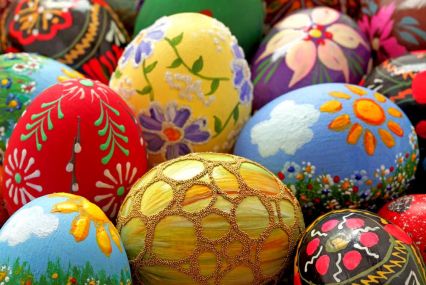 It’s too bad that the popular retelling of these myths don’t address the import of the feminine or Mother in all of this, as it’s crucial to the original template for all of these stories. The original template is, of course, from Mother Nature. Let’s look at astrology, the study of nature’s cycles for meaning and direction for a clue. Ever wonder why Easter is never the same date from year to year? Why it’s not celebrated each year at the same time when Jews all over the world actually celebrate Passover, the time actual time when Christ was crucified?

For an answer, let’s start with winter to understand what happens at Easter. At the start of winter, on December 22, the Sun’s power of light diminishes for three days. There is more darkness, literally, than there is light; the days are shorter while the nights are longer. Then on December 25, the third day, the Sun begins a four-month rise to spring back to life, back to being exalted in the sky! Sound familiar again, right? I hope so. Once we get to spring, the time of year when the Sun, in astrological terms, is considered exalted, the Sun will be resurrected in the sign of Aries. However, despite what’s happened in modern culture, the story of the Sun’s resurrection is incomplete without the feminine symbol of the Moon. 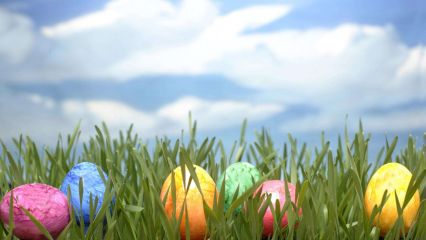 According to the New Testament, a week before Jesus was crucified, he rode into Jerusalem on a donkey. Just before the full moon in Libra, a week before, the moon is in the sign of Cancer. Check this out: two of the key stars in the constellation of Cancer are called the Northern and Southern Asses (Asellus Borealis and Asellus Australis). Jesus rides into Jerusalem triumphantly and hailed as King.

This also matches how the Sun moves from Cancer into Leo, the sign of the King. Then, when the moon goes into Libra, we have the full moon. However, after the first full moon of Spring, the moon goes into Scorpio, a sign associated with the sting of the Scorpion. This is the betrayal that Jesus experiences from one of his own, Judas. By the time the Moon journeys into Capricorn, we are at the final point of the cross. One of the symbols of Capricorn is the mountain. Of course, the key mountain that Jesus must climb is Golgotha, the pile of skulls, toward his death and the cross, just as the Sun (or Son) “dies” in Capricorn.

It’s also powerful to see Capricorn as a symbol of ambition and the crowning glory of human achievement. This suggests that Jesus had to die as “King of the Jews” to become the King of Humanity as the Sun (or Son) of God. So it was no accident there was a crown of thorns on Jesus’s head as well. So once the Moon moves through Capricorn, it re-captures the moment when the Sun dies in winter with the hope of resurrecting three days later. Of course, this is exactly what happens, according to the New Testament.

As the Moon, symbolic of our human nature, arcs back toward the sign of Aries, we come toward a New Moon, when the moon rises with the exalted Sun. This is the essence of Easter. Easter Sunday is not only when we can literally celebrate the mythic resurrection of Jesus as the Christ, a savior. It is the mythic celebration of the Earth’s literal new dawn and new year. (Perhaps you already know that the New Year is and was more widely celebrated in the Spring. Hence, April Fool’s Day.) Regardless, the fact that we can celebrate a new beginning each year with our ancient myths and modern stories is nothing short of a miracle-a miracle of light and renewal. Happy Easter, regardless of your faith and tradition. The Sun shines on us all!