Mars in Sagittarius – March 6 through May 27 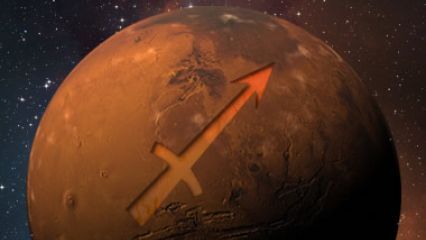 The transit of Mars has a general but indeed important influence over human behavior. It describes how people respond when they are angry and how we react to the anger in others. It describes how we handle our energies, for anger or accomplishment.

From March 6 through May 27 (returning to Scorpio while Retrograde) Mars will transit the fiery sign of Sagittarius. Mars describes what makes us angry and how we respond to aggravating situations. In some signs, it is much easier to accomplish our goals. The spirited sign of Sagittarius favors accomplishment but it is impulsive, righteous and impetuous so there are times when the action taken can be premature and ill-considered. Sagittarius represents an expansive Fire-sign influence that should encourage holiday spending, despite the sad economy. This Mars can fire up the adrenals, giving some an energy boost, unless you were born with Mars in Gemini.

During this cycle, many will feel a restless need to get out, to explore and to have some adventures. There is a need for stimulation - physically and mentally! This sign often manifests an impatience with boredom and slow moving people and projects. Anger in Sagittarius moves people to shoot off their mouths and express truths (or what one believes to be true) with a rude bluntness. This sign, in itself, rarely has a malicious intent. In a tiff, the anger blows over quickly and all is forgotten, usually. Do guard against an air of self-righteousness - this is a character flaw of Sagittarius that causes them to feel that they are always right. Use a Void-of-Course Moon period if you wish to tell someone off and not experience any negative ramifications.

Not everything can be done by conforming to the rules; sometimes you need to bend them. Merely taking the backdoor approach to getting the job done and, in the process, maybe skirting around some of the more standard and acceptable means of behavior. The one area it appears that none of you should attempt to deceive yourself is your health. Has there been something going on which needs your attention? It will likely be part of your focus when Mars retrogrades in Sagittarius on April 17. The challenges which arise will be forcing you to go back and review, not just your health, but how you have handled certain situations and the patterns you have repeated in your life. 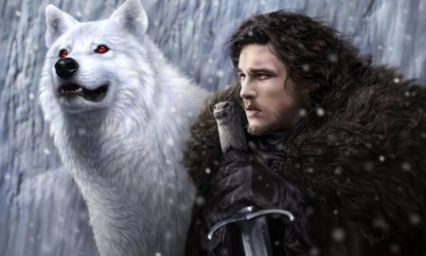 Sagittarius rules the Homeopathic Cell Salt, Silica. Silica is quartz. It is considered Nature’s Surgeon as the tiny crystals clean out congested waste matter and infections. Silica is the hair and skin remedy. Deficiency includes excess perspiration, unhealthy skin, brittle nails and hair. I personally have problems with thin, weak nails. I find that taking Body Essential’s Silica Caps helps keep my nails from breaking. The herbal form of Silica has very little Silica in the capsules so I feel they are a waste of money. Silica is essential to the health of bones, joints, skin, and glands.

Deficiency produces catarrh in the respiratory system, discharges from the skin, slow wound healing, and offensive body odor. It is successful in the treatment of acne and abscesses, for hair and nail health, blood cleansing, and rebuilding the body after illness or injury. Mentally, a deficiency can cause an inability to connect with one’s thoughts, poor memory and nervous disorders.

Mars in Sagittarius can struggle tremendously with acknowledging the necessity of some boundaries, and, seeing how he will already be in the pre-retrograde shadow zone upon his entrance in the sign, it’s good to remember that most of the limitations we cross, goals we envision, decisions we make, actions we take, from March 6 to the end of this year’s retrograde cycle of the red planet, will need a second look or even require us to step back into the more familiar territory we have already covered. It’s not time to reach the stars yet. Mars will turn retrograde on April 17 / 18 (depending on the time zone) at 8 degrees, dip back into Scorpio on May 27, and eventually re-enter Sagittarius for good on August 2, and in this time you schild be very careful. It is very bad time for the mentally ill people , for they they have extremely active and destructive suicidal thoughts and urges , and it is too high risk of overdosing.

It will be present rise of religious fanaticism, sectarianism, religious extremism, refugees , animosity towards refugees. Many confrontation are possible between East and Western powers. All political elections which to be held, are furnished.
There will be frequent changes of weather conditions, resulted from flooding to tropical heat.