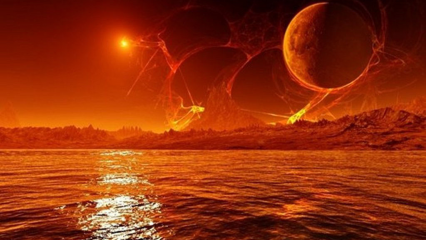 From April 17 through June 30, the planet Mars will be in retrograde motion. This period is inappropriate for activities requiring the normal flow of Mars initiative. It is an excellent time to reinforce some aspect of our lives.

When Mars is retrograde, it depletes the vitality so that it is never a time to initiate. Whoever initiates loses - a new project, a great love, an argument, a lawsuit, or an international war. With a new project, it will fizzle out and never really go anywhere. With a hot romance, it too fizzles and it rarely gets to the altar. With an argument, the hostility will come back to haunt you later. In legal matters, stoke your opponent into initiating the lawsuit first. It will be etched in granite that they will lose. In an international war, whoever fires first will automatically lose or ultimately withdraw.

Matters commenced while Mars is retrograde will be frustrated and plagued with disruptions until they finally fizzle out. At this time, people become irritated when activities do not run smoothly. The anger may disrupt indirectly and inappropriately - like getting a traffic ticket when you feel annoyed with your job. During this cycle, never buy anything mechanical unless it is heavily insured! Office machinery and computers easily break down. Anything mechanical that is hanging on by a thread will likely break down during this cycle. Get those unstable devices repaired in advance - don’t wait until you have a breakdown disaster!

Those who have Aries or Scorpio strong in their horoscopes are dramatically affected by this shift in direction of their ruler. For Arians, they find themselves being less aggressive, less pushy and less impatient to have their way in a situation. For Scorpios, they find that they are less concerned about being in control, controlling an immediate situation and, of course, running matters their way. Both Mars-ruled types find themselves more inclined to sit back and review matters in a more detached or impersonal way. They feel more patient to wait on circumstances to unfold before they take action. These individuals, however, may not recognize the anger they feel inside. They may express an unusual passiveness while under fire because they need too much processing time before they can retaliate. Only when Mars turns direct can they move the Mars energy forward. 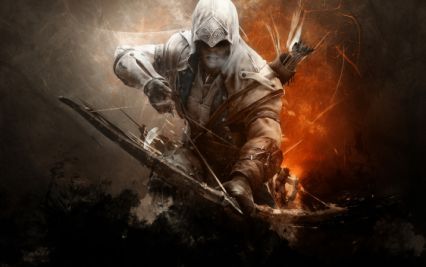 You may be required to draw on your strengths to assert yourself in some area where you've been reserved, cautious or inexperienced. The weakest links in your life may break apart or need to be repaired. You might need to find new ways to become empowered. Whatever your current situation, Mars retrograde offers a chance to withdraw, regroup and try a new "attack" on the challenges in your life. It's a time to examine and rework the way you express, experience and integrate Mars energy in your life. A big part of Mars' territory is populated by anger and aggression. Under Mars retrograde, we may be confronted by issues involving these emotions, either within ourselves or through others. During the retrograde phase, we may be unusually sensitive to disagreement, conflict and power dynamics in the world around us. We might encounter a need to examine how we deal with aggression, and then integrate the powerful forces of human nature into our lives in some new way.

Anger, hostility, force, threat, displays of power, and other forms of aggression, naturally invoke a certain degree of fear, both in the person on the receiving end and possibly in the person expressing it. The primary instinctive responses to fear are: Fight, Flight or Freeze.

To Fight is to meet the challenge and move forward to defeat the threat; or alternatively, to impulsively lash out in rage or self-defence. The Flight response is to turn around and remove oneself from danger, either backing away carefully or running at a gallop. To Freeze is to be the proverbial "deer in the headlights" that is paralyzed and overwhelmed by danger, although this response can also buy time to gather information, courage and adrenaline before instinct chooses a more proactive response.

We all have our preferred or automatic ways of responding to fear. Mars retrograde may challenge us to explore our less-used ways of dealing with anger and conflict. If we tend to freeze or take flight, for example, we may find the opportunity (and the courage) to mobilise our assertive and proactive nature. If we tend to launch an attack at the first sign of danger or competition, we might need to learn a more restrained or balanced way of protecting ourselves and defending our priorities. 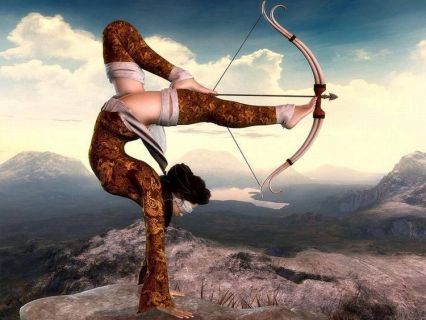 Besides anger issues, Mars retrograde can also bring out desires, sexuality, passion, ambition and drive that have been suppressed, forgotten or undeveloped. Circumstances and interactions with others may tease or trigger these impulses to the surface. Although this may or may not be a comfortable experience, it is an opportunity to work with these areas in a new way that helps you develop, heal and integrate buried feelings and desires. This can be done by releasing them from their inner prison and learning to experience and express them in a healthy way.

The slow-burn energy of this transit favours thoroughness over impulsivity: fresh ideas and new plans are more likely to undergo a longer gestation than usual, or even a temporary withdrawal, before taking root; patience, perseverance and true commitment, however, will allow them to attain a more mature, sophisticated form, and greater staying power. A retrograde cycle of Mars, especially when occurring in two signs which are concerned with truth and honesty, is not a time for half-hearted attempts to satisfy shallow impulses; if we are to tap into the innermost source of our reality, we need to be ready for a deep dive.

During the Mars retrograde, you’ll operate with this same lack of energy and vitality in any enterprise you undertake. For this reason it’s not the best time to start anything new, whether it’s job, a relationship or even an argument. If you’ve already started something, the Mars retrograde is a time to slow down and reassess what you want and desire before you take further action. It may be necessary to adjust your expectations and calmly work though any frustrations that get in the way of what you want to accomplish.

Mars retrograde often requires exploration of the deeper issues underneath the surface of the situation before you can move forward. As a result, progress can sometimes stall or go into hibernation during the retrograde period. Perhaps you've hit a roadblock or an impasse and you have to figure out the best way around it or through it. Maybe you're having doubts about a goal you've been trying to accomplish and you need to listen for a while to buried feelings, fears, drives and priorities that should be taken into account.

You might find yourself having a delayed reaction to something that happened a while ago - perhaps triggered during the two months before the retrograde began (in the pre-retrograde Shadow), or even rooted in other Mars retrograde times in the past. It pays to use the Mars retrograde period to "listen" to what those inner feelings, impulses, passions and motives are trying to tell us before we act on them. ISIL 's extremist attacks and conflicts continuing. Also other forms of criminal activity are increasing.

Mars stands still in the sign of the Archer on April 17, and re-enter his nocturnal domicile on May 27, backtracking all the way to Scorpio before going direct again on June 30. The general interpretations which typically emphasize the need to assess and redirect the use of our energy, and to review our MO and actions during this time, are fairly valid; however, there is a key element to this particular retrograde that is not to be overlooked, and it lies in that Scorpionic abyss we might have been a little too eager to leave behind once Mars entered Sagittarius on March 6. That hotbed of secrets, fears, compulsions, urges, instincts and passions is vital to the symbol-making ability at the core of Sagittarius’ quest for meaning, and, at the same time, it possesses an extraordinary capacity, for good or ill, to affect our volition and underlie our behavior – at worst, limiting our agency and distorting our course of action.

The Zodiac portion touched by this retrograde is no virgin soil; not only Mars will tread the same ground covered between mid-February and April: those same degrees also hosted Saturn’s visits between late October 2014 and 2015, with the taskmaster himself traversing the very same spot when retreating back into Scorpio from Sagittarius, last year. Familiar issues from this specific Saturn retrograde, as well as challenges we confronted at the time of Mars’ first ingress into Scorpio, might re-introduce themselves during this cycle, asking us to lift the veil on any unfinished business and get to the bottom line. At times, it might almost feel like treading on a minefield, where every step could trigger a release of repressed material; and yet, the powerful inner resources, unbeknownst to ourselves, which are necessary to our endurance, are very often a component of the unexplored shadow side of our psyche.

Because of this intense process of pondering, questioning and probing the depths, new initiatives might take a back seat, especially if they’re not well though out and coming from a place of purest self-honesty. While we shouldn’t simply put life “on hold” just because of a planetary retrograde (handing over our power to an external cause is quite the opposite of what this transit is meant to teach us), prioritizing projects that are already underway and rest on established foundations is still a preferable option than trying to break new ground at all costs.

Despite all tensions, spread love, peace and harmony, everywhere you go: first of all in your own home.