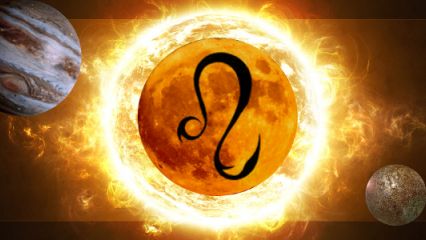 Depending on other positions in the chart, Moon in Leo people are not necessarily outgoing. When they feel comfortable, they do like being the center of attention. That is, they like being in the "spotlight" in the comfort of their own homes and with family.

They enjoy entertaining others, and often take on the role of comic. Lunar Leos often feel a need to organize, and even control, their families and friends. They have an inner mission to set things right, and generally like to oversee the goings-on in their little circle. This is a rather creative position of the Moon. At the very least, Moon in Leo people want to create and entertain. They can be rather lazy at times, and a little bossy too. Generally, though, they have a deep need to treat others fairly and justly.

They have a different look in their eyes and as long as their mate doesn't waiver, neither will they. Love is their greatest joy and this also applies to children. A Leo moon in love is quickly ready to take the next step into parenthood, and they make wonderful parents. As the perennial teenager of the zodiac, Leo never completely outgrows childhood and always finds joy in children. They can relate to children and enjoy spending time with them. Their devotion to their children never fades and they are willing to make great sacrifices for their welfare and happiness.

The Leo moon tries hard to impress, comes on strong, and puts it all on the line to win approval. Then, if they are ignored, criticized or, worst of all, mocked, they can overreact and their fiery nature can make them erupt with anger. Later, they have to recoup and try hard to impress again. Their confidence and bravery are real, but much of the importance they place on appearance and their flamboyant style are simply to win the approval of others. Being liked is extremely important to Leo moons, and they can be very self-conscious because of this. 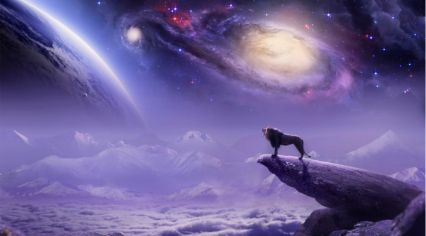 Lunar Leos require lots and lots of love and care in order to function well in the world. When they feel slighted, these people can be dramatic in their emotional displays. When their pride has been hurt, they are given to big scenes and sulking. This rarely happens in public, however. Lunar Leos are far too concerned about their image to make splashy scenes outside the comfort of their own homes. In public, they prefer to take things in dignified ways. At home, however, they're given to big displays of emotional drama.

These scenes generally don't last too long, however. Lunar Leos are often personally popular folk who are valued for their integrity and strong sense of justice. Generally, it is easy to reason with a Lunar Lion. Appealing to their well-developed sense of fairness usually works well. Fundamentally, those with their moon in Leo need to enjoy self-expression that is limitless and feel that this self-expression is accepted and appreciated by others.

They are genuine people who actually find it extremely difficult to be phony even if it is to spare someones feelings or follow protocol. But astrology endows them with the warmth, generosity and gregarious nature of the life-giving sun, so their genuine nature is kind, fun and joyous.