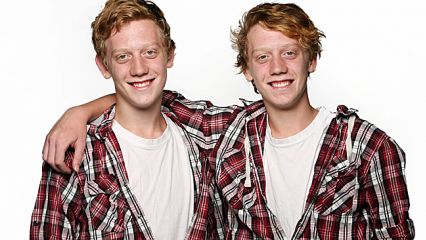 Among the many myths and mysteries surrounding twins is the idea that they share a special connection, perhaps even a supernatural ability to communicate. There are too many amazing stories of twin incidences to discount the concept.

Here, twins and their families recount instances of twin telepathy, such as communicating without words, experiencing physical sensations of their twin's pain, or sharing emotions. The phenomenon of twin telepathy is illustrated by these amazing stories.

1. Homework Help
Tonight, I was helping my one son, Jacob, practice his spelling homework. His twin brother, Ethan, was washing his hands in the kitchen. I was pointing to the words, asking Jacob to say the words for me. He didn't know what word it was, as Ethan yells from the kitchen "her". "LOL," I thought in my mind and pointed to another word. Again, Jacob wasn't sure of the word and Ethan yells out, "It's girl." "OMG, how did he know that?" I thought. Jacob knew the next two words, but not the one after that, and as I asked what it was... Ethan yelled out "work". I was laughing, wondering how did he know these words? There was no way he could see them.

2. Twinvented Sibling
We are identical twins born in 1946 and have always been best friends, even to the exclusion of anyone else including our other sister or our mom. I think the freakiest thing we've ever done was our imaginary baby brother "Fred". We both talked to him and knew where he was at all times and would scream if someone attempted to sit on him or move him. Our mother was totally freaked over this. We don't know when we grew away from him, but we did.

3. Across the Miles
My great grandmother was an identical twin and moved to Australia from England, while her twin stayed in England. One day, she had an awful pain in one of her arms and couldn't explain it. She went to the hospital but the doctors couldn't find anything wrong with the arm at all. About a week later, she received a letter from her twin saying she had fallen and broken an arm - the same one that my great grandmother felt the pain in.

4. The Name Game
When my twin granddaughters were around two years old, I carried one inside then asked her who she was. She replied with her sister's name. When I went back to the car to get the other one, while she was still in the car, I asked her who she was. She said her sister's name as well! (Both gave me the other one's name.) They were in two different places when I asked them both and could not have possibly heard the other one say the wrong name. To me, that was twin ESP - they were too young to know any different and to pre-plan to trick me. As their grandmother, it certainly surprised me. 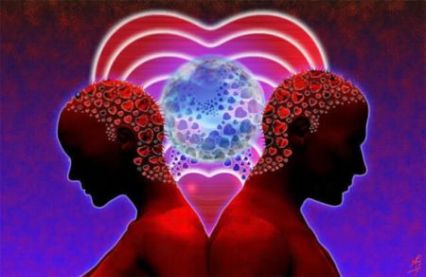 5. Watery Vision
I am on the swim team and my sister is on the basketball team. We are different in almost every way, different eye color, hair color and a 6" difference in height. We also have very different interests. My sister has asthma and I don't. One time I was at swim practice while she was at basketball practice. I was swimming when I had a vision of my mom walking into the natatorium and telling me very calmly that my sister had died. I thought it was weird but thought I was having a odd daydream. After practice, I found out that my sister had an asthma attack at the same time I had that wierd vision.

6. Accident Apprehension
I was taking a night class and I suddenly got sick to my stomach and had an urge to call my sister immediately. I walked out of class and phoned her. She answered, but only to say she'd call me back. I walked back into the class, visibly shaken. My professor asked me if I was alright. I said "No, I think my sister has been in a car accident..." My sister called me back ten minutes later. I had called her SECONDS after a car crashed into her.

7. Scar Surprise
When I was younger, I was learning how to skate and I fell and hit my head of the ice. I went to the ER and had my eyebrow glued shut. Once it healed, there was a scar there. A few weeks later, I was looking at my twin sister, Rachel, and noticed that she had developed a scar on the same eyebrow. She has never gotten hit in the face or done anything to get that scar; it just showed up.

8. Lost and Found
We were visiting Disney World with our five-year-old identical twin girls. During an evening shopping trip at Downtown Disney, the family split up. I headed in one direction with one of the girls while my husband remained in a store to complete a purchase. He thought I had both girls and departed the store, leaving behind a tearful, bewildered five-year-old. My daughter was a "missing child" if only momentarily. (My husband realized the situation and reunited with her within a few moments.) Of course, I had no idea what was going on as I browsed through the shops with my other daughter. But she was agitated and out of sorts, pushing me to "Hurry, hurry" and get back. Then, abruptly, she settled down, almost with an audible sigh of relief. When my husband and I reconciled the stories, we realized that her change in personality coincided exactly with the moment he returned to the store and discovered her sister!

9. Canine Consciousness
I have a twin brother and when we were kids he was at a friend's house, while I was at home. He was bitten badly on the hand by a dog. Meanwhile, I was in a lot of pain at home, saying my hand was hurting. Moments later, my brother came home with his badly damaged hand, and was rushed to the ER. This is one of many many experiences we have had.

10. Reunion Twintuition
I have a twin. We look the exact same but we have different likes but the same dislikes. I was adopted and so was my sister, but we didn't know each other. One day when I was about 9, I had a dream about a girl. She had a pink and white backpack. Her bag was the same as my school bag. She was on a plane and was coming to my town. The next day, my foster parent told me I had a twin and she was coming to live with us. When we went to the airport, I saw a girl who looked like me with my same backpack, getting off the same plane just as I dreamed. She told me she had a dream about a girl who was sleeping in the town she was going to, who also had a pink and white bag.

11. Bonus: That Funny Feeling
In 4th grade, I was in class and was overcome by this feeling that my twin was hurt in some way. I left the classroom and ran to the nurse to find her there with a fractured cheek bone. Now, as adults, we live separately in different states. We each have had numerous accounts of getting that "feeling" when the other is upset or hurting. Once we called one another at the exact times when both had broken up with a spouse. At the same time. I get a worry/butterfly feeling in my stomach when she's upset and when we are together, all we need is a look to know what the other's thinking.