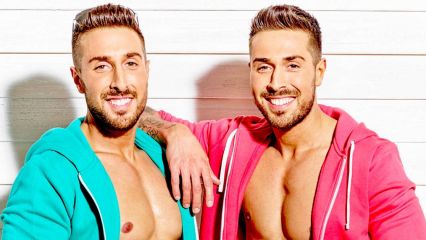 Twins are often telepathic with each other creating these abilities when they are infants. they generally are in the same frequency at the same time and learn to communicate with words. very often it is just about a single thought - hunger.

Numerous researchers have pointed out that twins are more attuned with each others thoughts and feelings, and, at times, they use their extra sensory perceptions to communicate with each other. It is a fact that children develop language skills in stages. They first associate sounds with objects, before articulating words. Trials have shown that twins develop their own secret language to communicate with each other. This secret language is termed as 'cryptophasia', an amalgamation of the term crypto, meaning secret, and phasia, meaning speech disorder. Cryptophasia means that twins not only use the same terms, but also mirror each others actions.

One of the observation is presented here:
One twin was enrolled for guitar lessons, while the other played soccer at the same time. After a few months, it was observed that the one who played soccer could also play the guitar efficiently without taking any lessons. He could play the guitar as though he was trained professionally. The study also said that the twins had limited interaction with each other during the days of respective training sessions. 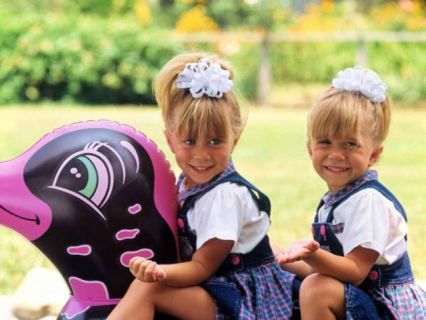 Genetic research of identical twins has indicated that they communicate with each other in different ways other than the ones used by normal siblings. The percentage of telepathic abilities in monozygotic twins (identical twins) is comparatively more than dizygotic twins (not identical). Identical twins are from the same egg and same sperm, and are also thought to have same brainwaves. One of the disputed facts, is that, the genetic closeness between identical twins gifts them a heightened extra sensory perception.

The following experiment to study twins telepathy highlights this:
One twin was hooked up to a polygraph machine, while the other one was being subjected to experiments in another room. It was found that when the twin in the room was dunked in ice-cold water, and when he was scared with a rubber snake, the effects showed on the other twin. There were clear indications on the polygraph of heightened activity, even though the twin who was hooked up was not subjected to any discomfort.

Twins seem to share a sense of emotional connection with each other, and many report a feeling of discomfort when the other is in trouble. The paranormal phenomenon of twin telepathy is intriguing, but more scientific research needs to be done to present substantial evidence of its existence. Telepathy between twins or family members can remain for a life time.