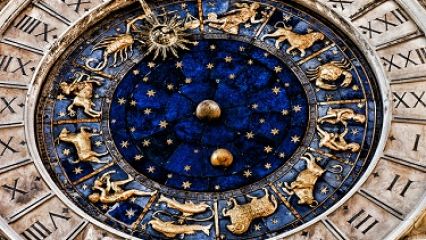 A symbolic geometric construction around 15 to 18 degrees wide, it is divided into 12 signs, each of 30 degrees longitude (making 360 degrees in all), with the ecliptic, the apparent path of the Sun, as its middle line. The tropical zodiac used by most Western astrologers has its beginning at the exact moment that the Sun crosses the celestial equator and enters the zodiacal sign of Aries. Some Western astrologers use the sidereal zodiac favoured by Indian ("jyotish") astrologers, which is based more closely on actual positions of constellations in the heavens, as opposed to the tropical zodiac, which is a moveable format based on the seasons.

The tropical zodiac defines the vernal point (the first day of spring in the northern hemisphere) as the first degree of Aries, but the sidereal zodiac allows it to precess. Many people are confused regarding the difference between the sidereal zodiac and the tropical zodiac signs. Because of a "wobble" in the Earth's axis of rotation over a period of about 26,000 years (often called a "great year"), the rate at which the vernal equinox precesses in the heavens is approximately 0 deg, 0 min, 50.23 seconds a year, drifting by one degree every 72 years. Precession of the equinoxes thus occurs at a rate of roughly 5 arc minutes of a degree every 6 years. The tropical signs relate to the seasons and not the stars. 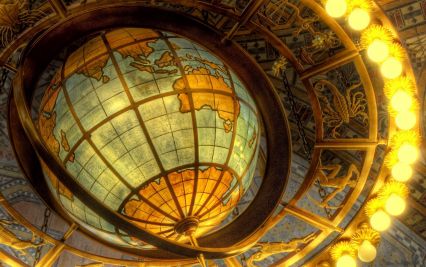 The chart thus begins with a framework of 12 houses. Upon this the signs of the zodiac are superimposed. In the equal house system the cusp between any two houses will fall at the same degree for each of the at 12° of Leo, the second house will begin at 12° of Virgo, the third at 12° Libra, and so on. In house systems that take into consideration the effects of the angle of intersection between the planes of the horizon and the ecliptic, the calculations are more complicated. For these calculations it is essential to know the latitude of the event.

The ascendant (ASC) is a point on the ecliptic that rises on the eastern horizon at sunrise and changes as the earth rotates on its axis. The ascendant is very important in astrological chart interpretation. It exerts more power than the sun, moon and planets because it infiltrates everything in the natal chart. The ascendant is the first point of energy in the natal chart and it represents the way we view life. The sign on the ascendant characterises our expression of “who we are” when dealing with others, and our initial action when dealing with day-to-day concerns.Longitude is necessary in order to determine the position of the Ascendant because horoscopes use local time. Having constructed the horoscope, the astrologer can begin the task of interpreting the chart.

Historically, however, astrology had a much greater wellness purpose. Interestingly enough, many doctors at one time used astrology as a tool to help determine the likelihood of developing a number of serious diseases. Medical astrology is one of the longest intellectua traditions.