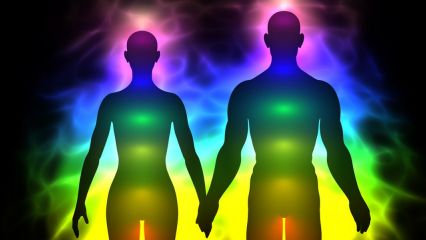 We have different layers in our aura which all constitute to what we know as “Our Subtle bodies”, namely they are called physical body, emotional body, mental body, spiritual body and the last is our Astral body. So all in all our aura is made up of 5 basic layers out...

So all in all our aura is made up of 5 basic layers out of which the physical body we are able to see with our naked eyes because it vibrates at a relatively lower and denser vibrational rate and the rest of the four bodies vibrate at a higher frequency. To sense the rest of the four bodies we can make use of the sensitive electronic equipments like Kirlian cameras or subtle vibrational tools like pendulum dowsing etc or perhaps just train our body and mind to sense, feel, scan & also SEE them. Ancient people knew the fact that our mind is more powerful than anything else in the universe.

PHYSICAL BODY: As we all know, this body contains all the physical organs and nerve systems, cells, molecules, atoms and so on which are like the building blocks for our physical existence. These organs carry out the necessary function of our bodies like purifying the blood and supplying it to the various parts of the body, respiration, digestion etc. For the survival and proper functioning of this body we need good supply of oxygen as well. Due to the electrical activity of this level, usually the First layer of our aura is formed and it appears as a thin milky vibrational energy emanating from our body. 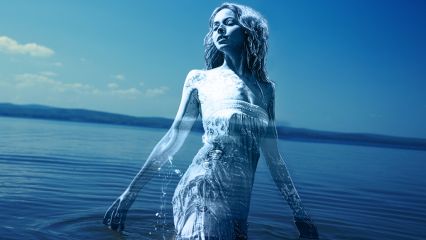 EMOTIONAL BODY: In this second layer of the aura which is known as the emotional body we store up our emotional responses namely of love, hatred, jealousy, envy, forgiveness, loneliness, sad etc. Whenever we encounter something in our physical reality i.e., the physical layer, the conscious mind quickly analyzes the situation on the second layer of the aura based on our memories, beliefs, and experiences and triggers a response corresponding to the situation which is accessed from our emotional layer. For example: A person shouts at you, now in your past if you had a memory of your dad shouting at you and you being the cry baby, sobbing and complaining about it rather than to change or clarify the situation.

Its does not changes very frequently and the different memories, experiences and beliefs are stored in form of small crystalline energy forms which can be observed psychically and we can also access them to reveal the hidden personality traits of a individual. The mental body stores everything with triggers to quickly activate the emotions (positive or negative) connected to that pattern which we are experiencing. 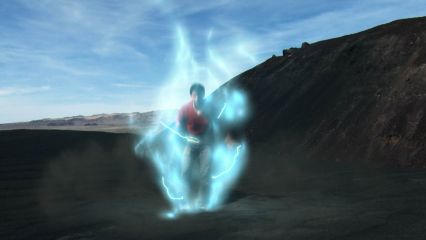 SPIRITUAL BODY: This is called the Fourth layer of our aura which is like a giant storehouse of information of our past, present , future deeds*. This is the layer in aura which stores all our karma, Sanchita & Vanshik. Sanchit karmas are those which you have already committed in your previous lifetimes and you are now reaping the outcomes of them. Vanshik karmas are those which you are committing in this lifetime and you will reap the outcome in this lifetime or the next depending on the lessons & aim of your life. What ever has been done cannot be undone, so we have to bear the outcomes of our Sanchita karmas but if we all can be aware of our karmas we can minimize our negative karmas that we do everyday as we live our lives.

In Bhagvada Gita, its said that “Even a negative thought about someone is taken as a karma” although the degree of that karma is less than the actual action. So even if we think positive and bless others we are in a way generating more of positive karmas. And as the saying goes “Whatever you are feeling inside, you will attract outside”. By accessing this layer we can learn about the life lessons of the individual and also the degree of his positive & negative karmas.

ASTRAL BODY: This is the Fifth layer of our aura which is also known as the etheric body or sometimes the etheric double or the etheric template because its often seen as the exact blueprint of our physical body. Like we have a heart, two lungs, two kidneys in our physical body we have exactly the same number of organs in out astral body but in a subtle energy form. Since all energy work is based on top to bottom approach i.e., energy follows from a higher end to a lower end. Even if the physical organ is removed from the physical body, its energy imprint is always there in the astral body.

Most of the healing which is intended to be sent on the physical body is first received on this layer, the healing is done on the intended parts of this astral body and then the new energy imprint or the information is transferred down to each of the lower body till it reaches the physical body. For example in the case when we practice Psychic surgery, we are actually carrying out that surgery on the astral body of the person. Once the blocks are removed then the new energy information of health is conveyed down through each subsequent bodies till it reaches the physical body. And also once the root of the disease is removed from the blueprint of our physical body, the symptoms appearing in the physical body starts disappearing. There have been some miraculous cases of psychic surgery done by some spiritual masters where even the parts of the body which were dead or not present, have been revived and in some cases the physical body starts regenerating them after the correction has been made on the subtle body.