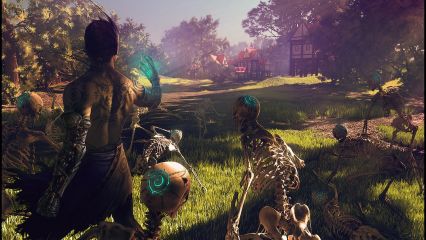 Over the last thousands of years, the word ‘necromancy’, interpreted by different people in widely different ways. The layman knows it to be something to do with the séances, the illusionist will claim its value to be absolutely mythical and the astrophysicist just believe in its existence.

But a true practitioner will tell you that necromancy is mainly a form of magic, which aids communication with the dead. The means of doing so might differ in each case; for instance in some cases the concerned spirit is summoned, which most often materialises as an apparition and in other cases, when such an option is not available, sometimes it also involves making the spirit appear as a bodily manifestation. But as one might guess, it requires an extremely experienced set of skills to do so.

The term necromancy is derived from the Latin word ‘necromantia’, which was borrowed from the post classical Greek concept. The Greek meaning is an amalgamation of the terms ‘nekros’ meaning dead body and ‘mantiea’ meaning prophecy. This is where the difference lies between necromancy and séance – the element of fortune telling, as one might call it. But it is largely absent from the usually practised dark magic involving the dead.

The most prominent example of an instance, involving necromancy is the one where Odysseus visits the realm of death. It is the most easily relatable to history when it comes to defining necromancy. As any other form of magic involving the dead, necromancy is also hugely associated with dark magic, i.e. it is much closer to witchcraft than it is to sorcery. It is also often compared to various forms of occult, most importantly shamanism. Now, some of the prominent features of shamanism are found in necromancy, but there are also some pointed differences. The almost ineligible, hypnotising chant that the shamans inculcate in their procedures is also found in necromancy, so are some of the spells. Interestingly, necromancy is also sometimes referred to as ‘negromancy’ or ‘nigromancy’ which obviously adheres to black magic and is indicative of the negative power.

Necromancy was very common before Renaissance, throughout Eastern Europe especially in Greece, Serbia, and Rome etc. The Babylonian necromancers were called ‘manzazuu’ and the spirits they raised were referred to as ‘etemmu’. The necromancers are different from oracles in many ways. But the most significant difference between them is the power of endurance. The necromancers are thought to be having an immensely powerful mind, not because it can communicate with dead but because it can channel an huge amounts of energy which results in an incredible strain on their minds and an excruciating physical pain When Odysseus travels to the sphere of death, there is a reference to the power of the necromancers, who till the 18th century, were broadly classified as the shamans. 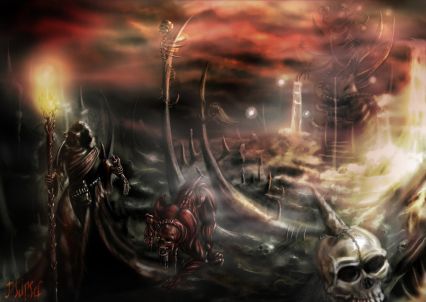 It has been often reported that modern day necromancers are trying to get rid of the grotesque practises that their ancestors regarded as important; the incantations and the vigorous rituals, wearing the clothing of the dead and sometimes burning them, eating black bread etc. Necromancers have often been referred to as the ‘bone-conjurers’ which suggests a rather medical function, not quite in the oracle family. It also has heavy influences of Pagan ritualistic culture.Now, it was widely believed by the Eastern Europeans that re-incarnation is only possible with the help of divine spirits; the necromancers also believed in a very similar value. But they usually prayed to the dark, witches or their oracular gods or goddesses. In the wake of Renaissance, surprisingly a few Biblical allusions were considered while regarding the practises of the necromancers.

This was mainly due through the Hebrew Scriptures but there are several evidences to prove these theories are true. During that time, necromancy was gradually regarded as a study, not some evil practise. The people practising it came from several fields, some of them were scholars. As modernism emerged, there was a wide discrepancy in the views of the people regarding necromancy. Illusionists had a reliable stance on this issue; Harry Houdini supported its promotion and circulation. In the Palladium fantasy necromancers are a specific type of magicians; one can trace Houdini’s love for them from there. Thus, necromancy exists still, though not at large; but evidently as a significant occult culture and ritualistic option.