Out of body experience 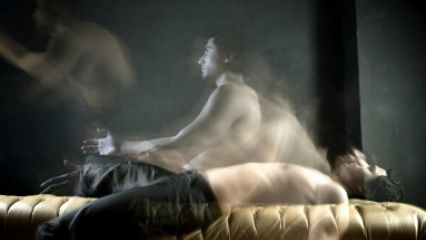 Out of body experiences, often cited as a literal "exiting" of the physical body in soul or ethereal form, aka astral projection, is superbly explained by a certain type of lucid dream.

The instinctive interpretation is that we have projected out-of-body but this fallacy is overcome when you recreate the experience for yourself in the context of a lucid dream. Indeed, many famous out of body explorers use identical techniques to go out-of-body as we lucid dreamers use to enter the dreamworld.

Out of body explorers have long tried to prove the validity of their experience by trying to obtain data from faraway locations. Unfortunately nothing truly definitive has been recorded under verifiable conditions. We become aware of sleep paralysis (aka REM atonia) which prevents the body from acting out its dreams. And we project our dream-self into the bedroom by rolling or floating out, ghost-like. 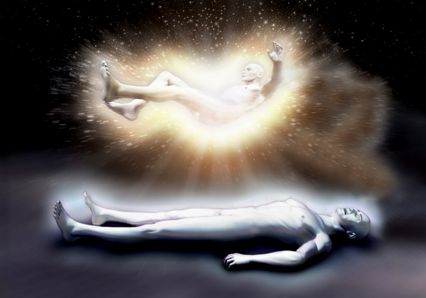 Those experiencing OBEs sometimes report (among other types of immediate and spontaneous experience) a preceding and initiating lucid-dream state. In many cases, people who claim to have had an OBE report being on the verge of sleep, or being already asleep shortly before the experience. A large percentage of these cases refer to situations where the sleep was not particularly deep (due to illness, noises in other rooms, emotional stress, exhaustion from overworking, frequent re-awakening, etc.). In most of these cases subjects perceive themselves as being awake; about half of them note a feeling of sleep paralysis.

The first extensive scientific study of OBEs was made by Celia Green (1968). She collected written, first-hand accounts from a total of 400 subjects, recruited by means of appeals in the mainstream media, and followed up by questionnaires. Her purpose was to provide a taxonomy of the different types of OBE, viewed simply as an anomalous perceptual experience or hallucination, while leaving open the question of whether some of the cases might incorporate information derived by extrasensory perception.