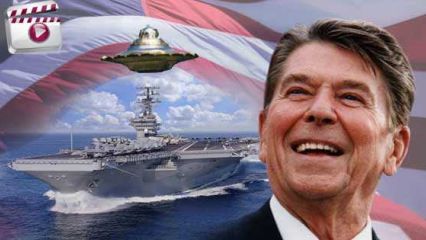 Supermarket tabloids, that strange breed of sensationalistic American journalism, have been talking for most of the decade about Ronald Reagan's fascination with things like astrology and space aliens.

Little attention was paid to the matter ... after all, the stuff was printed in the tabloids and nobody sane is supposed to believe in them. Yet truth is becoming stranger than fiction in the case of Ronald Wilson Reagan and some of his more curious remarks.

For starters, he has become the first President of the United States to talk about he possibility of an alien invasion from outer space, and he has done so not once or twice but in three speeches. Reagan is also the only President to my knowledge, who admitted -- in a 1984 Presidential debate against Walter Mondale -- [to] having "philosophical discussions" about Armageddon in the White House with some rather well known fundamentalist preachers.

And then there was the explosion about astrology in the White House, triggered by Don Regan's disclosures that Nancy had often consulted astrologers to arrange for appointments with the President. Everyone knows the details by now, yet we asked Marcello Galluppi, a well-known astrologer and host of a psychic radio and TV talk show in Detroit, to give us another view. "It is very clear to me that the politicians in Washington have their psychics and astrologers," said Marcello, "at least some of them do." Furthermore, continued Marcello, there is evidence that the Reagans have used astrology for a long time if we consider that "he was sworn in at midnight as Governor of California, based on astrology." 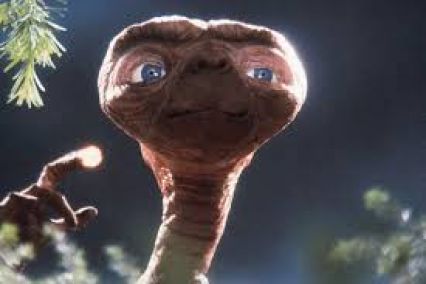 The media was having a field day with horoscopes at the White House when Reagan talked about the possibility of Earth uniting against a threat by "a power from outer space." Although the idea wasn't new for the President, as we shall soon see, this time everybody paid attention. More as a joke than a serious thought, however. The AP story on the speech, for example, had the headline, "Reagan follows astrological flap with comment on space invaders."

There might be a deeper reason for Reagan's apparent interest in the idea of an alien threat. There is an unconfirmed story that before he became Governor of California, Ron and Nancy had a UFO sighting on a highway near Hollywood. The story was broadcast last February on Steve Allen's radio show over WNEW-AM in New York. The comedian and host commented that a very well known personality in the entertainment industry had confided to him that many years ago, Ron and Nancy were expected to a casual dinner with friends in Hollywood. Except for the Reagans, all the guests had arrived. Ron and Nancy showed up quite upset half an hour later, saying that they had just seen a UFO coming down the coast. No further details were released by Steve Allen.

"I occasionally think," continued Reagan, "how quickly our differences worldwide would vanish if we were facing an alien threat from outside this world. And yet, I ask" - here comes the clincher - "is not an alien force ALREADY among us?" The President now tries to retreat from the last bold statement by posing a second question: "What could be more alien to the universal aspirations of our peoples than war and the threat of war?" Unlike the off-the-cuff remarks to the Fallston High School, we must assume that the President's speech to the General Assembly was written very carefully and likewise, it merits close examination. 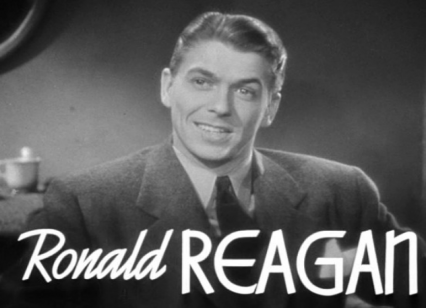 Ronald Reagan has told us that he thinks often about this issue, yet nobody seems to be paying attention. When the President mentioned last May 4 in Chicago for the third time the possibility of a threat by "a power from another planet," the media quickly dubbed it the "space invaders" speech, relegating it to a sidebar in the astrology flap. The ET remark was made in the Q&A period following a speech to the National Strategy Forum in Chicago's Palmer House Hotel, where he adopted a more conciliatory tone towards the Soviet Union.

The fact that there are so many references in important speeches, off-the-cuff remarks, and just plain conversations, means that - for whatever reason or knowledge about deep UFO secrets that he may have as President -- Ronald Reagan does think often about the possibility of an alien invasion, and how this event could become a catalyst for world unity. Talking about these UFO secrets, there is also an unconfirmed story of a special story of a special screening in the White House of the movie "ET" at few years ago, with director Steven Spielberg and a few selected guests. Right after the movie, Reagan supposedly turned to Spielberg and whispered something to the effect, "There are only a handful of people who know the truth about this."

Indeed, more than one ufologist has even suggested that the real target behind "Star Wars" -another of Reagan's cosmic obsessions -- is the projected ET invasion and not the Russians. Others talk of wild "deals" between the U.S. Government and race of gray dwarfs, better known for the appetite for abducting humans ... Stop! We're entering the forbidden terrain of tabloid revelations, like the SUN's screaming headline that "Reagan will end his presidency by adding several planets as states."