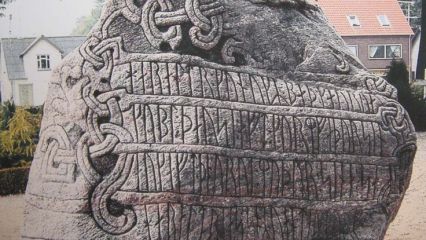 Celtic runes are an alphabetic script used by the peoples of Northern Europe from the first century c.e. until well into the Middle Ages. In addition to their use as a written alphabet, the runes also served as a system of symbols used for magic and divination.

Runemal is the equal of our hornbook or basic grammar, which is part the ancient Celtic and Viking Nordic culture, linked to the ancestral myths and legends that spoke of courage, sacrifice, challenges between men, between men and gods, heroes such as Thor, the God ODIN, discoverer of the runes, which gave them the new discovery to men.

The runes were used to communicate both in writing legal information, and contracts, both in rituals related to the Druids, the priests-judges-essays that were surveyed in controversy, in marriages, to accompany the warriors in battle - they too often fought, or provided weapons derived from their knowledge secret - to advise the powerful.

Who knows the whole runic system, is defined Runelor, who plays with the runes and can interpret the complex symbolic system therefrom. It is thought to be the oldest version of the runic alphabet and was used in the European regions where inhabited the Germanic peoples, including Scandinavia, probably other versions, have developed from this. 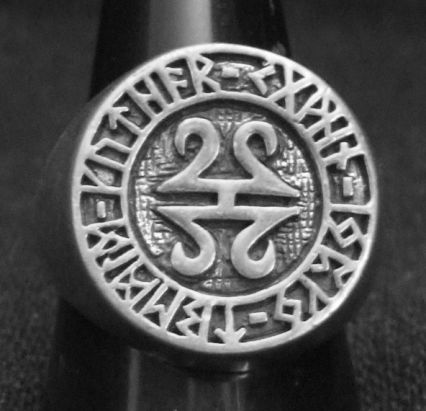 The names of the letters are in ancient Germanic language with English translation below. The oldest evidence of etching with the Old Futhark complete discovery of the stone is Kilver Stone, found on a farm in Gotland Stanga, Sweden. The incision was directed towards the interior of the tomb, perhaps as a message to the deceased.