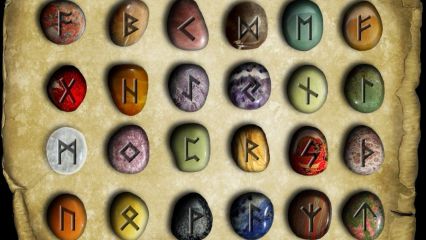 There is some evidence that, in addition to being a writing system, runes historically served purposes of magic. This is the case from earliest epigraphic evidence of the Roman to Germanic Iron Age, with non-linguistic inscriptions and the alu word.

In medieval sources, notably the Poetic Edda, the Sigrdrifumal mentions "victory runes" to be carved on a sword, "some on the grasp and some on the inlay, and name Tyr twice."In early and more modern times, related folklore and superstition is recorded in the form of the Icelandic magical staves. In the early 20th century, Germanic mysticism coins new forms of "runic magic", some of which were continued or developed further by contemporary adherents of Germanic Neopaganism.

Runes have been used in Nazi symbolism by National Socialists and neo-Nazi groups that associate themselves with Germanic traditions, mainly the Sigel, Eihwaz, Tyr, Odal (see Odalism) and Algiz runes. 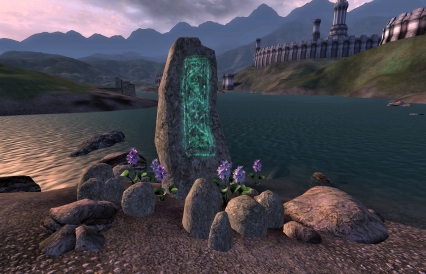 The fascination that runes seem to have exerted on the Nazis can be traced to the occult and volkisch author Guido von List, one of the important figures in Germanic mysticism and runic revivalism in the late 19th and early 20th century. In 1908, List published in Das Geheimnis der Runen ("The Secret of the Runes") a set of 18 so-called "Armanen Runes", based on the Younger Futhark, which were allegedly revealed to him in a state of temporary blindness after a cataract operation on both eyes in 1902.

In Nazi contexts, the s-rune is referred to as "Sig" (after List, probably from Anglo-Saxon Sigel). The "Wolfsangel", while not a rune historically, has the shape of List's "Gibor" rune. Modern systems of runic divination are based on Hermeticism, classical Occultism, and the I Ching.