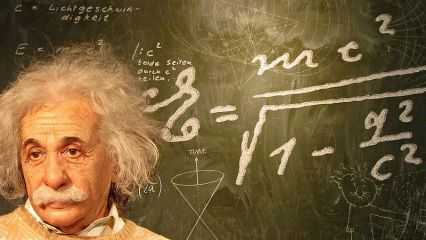 The effect of spirituality on health is an area of active research. Besides being studied by physicians, it is studied by psychologists and other professionals. Some observational studies suggest that people who have regular spiritual practices...

According to ancient Chinese legends, the five elements are what comprise the existence of the universe. There must be a constant balance of the five in order for the world to run smoothly. As we are living beings on this earth, it is only natural to conclude that we are composed of these same substances.

Buddha, Vajra, Ratna, Padma and Karma described as five different qualities of energy. All of us possess these qualities, not meant to solidify our egos or to identify one through their astrological signs, they refer to the fluid working basis in which we recognize our current neurosis – our sanity.

For a long time, people have tried to explain why things are the way they are. In modern times, Scientists have been trying to surpass the knowledge passed on by Priests, Prophets, Yogis and many other spiritual teachers since before we even started recording our history. Many believe Science still has a lot of catching up to do.

Every single person who has traveled at least once in his life has said that traveling is by far the best investment, intangible as it may be. However, while it’s not something you can hold on to, like real estate or jewelry, the investment is the memories you’ll acquire from your trip and the learning experiences.

The indigo child is here to bring us closer to our true essence. We think our minds are separate because of our bodies. These children know differently. A true indigo travels comfortably between worlds usually at night when we think they're asleep. Our thoughts and feelings are not our own.

Nina Kulagina was a Russian woman who seems to have incredible psychokinetic powers. She attracted many researchers, scientists and people in the USSR who conducted various different experiments on her powers. Her story is truly incredible, and came at a cost for her. Many people had attacked her for being a fraud and cheat.

English can never capture what ‘Dreaming’ or ‘Dreamtime’ is all about. The Dreaming and its stories are linked to the creation process and spiritual ancestors, and still around today. The Dreaming' or 'the Dreamtime' indicates a psychic state in which or during which contact is made...

Dark side of spirituality

Spirituality is not one thing and can be expressed in multiple ways. Some will find enlightenment through their work, others through religion, others through spiritual practice like mediation and yoga, others through the use of psychedelics and others by just expressing themselves in a positive way through kindness, compassion and love.

3 signs you're a Shaman

Buddha’s 5 keys to changing your life

How to protect yourself as an empath?

Why are you attracted to bad people?