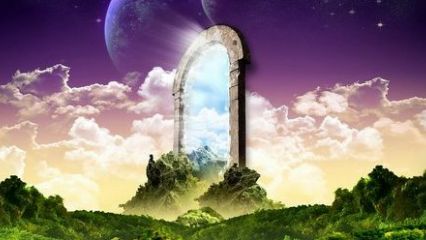 Astral projection (or astral travel) is an out-of-body experience achieved either awake or via lucid dreaming or deep meditation. People who say they experience astral projection often say that their spirit or astral body has left their physical body and moves in another dimension known as the spirit world or astral plane. The concept of astral projection has been around and practiced for thousands of years, dating back to ancient China. It is currently often associated with the New Age movement.

Psychics often say that the subconscious (or dreaming) mind contains the spirit or astral body, resulting in falling dreams or waking up with a falling sensation or sudden jerk. Most dreams are not remembered by the conscious mind, making the experience of astral projection a subject of subjectivity. Believers in astral projection point out, though, that most ghost sightings often define the ghost as a lucid or transparent apparition walking the earth. 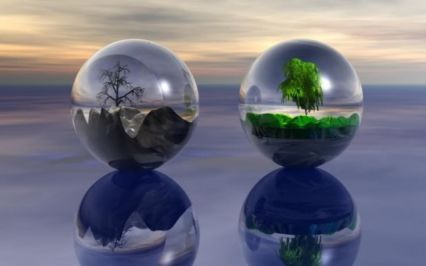 It is unclear whether every physical object has an 'astral' counterpart, or if a spirit literally uses incarnation into a physical body and this is what results in astral projections, or if the phenomena is something else entirely. Astral projection also touches on life itself and what happens after physical death. There are two general schools of thought on the nature of astral projection. These can broadly be defined as the mystical model and the phasing model.

The Phasing Model, which was defined by Robert Monroe, holds the belief that it is impossible to actually leave your body in the truest sense of the word, and that the astral planes and the physical world are merely points on the long spectrum of consciousness. When a person projects, they actually "phase" into another area of consciousness and the locales it contains. This can be likened to tuning a radio to another station. One of the initial signposts representing a phase shift away from physical reality has been labeled the state of focus 10 (mind awake/body asleep).