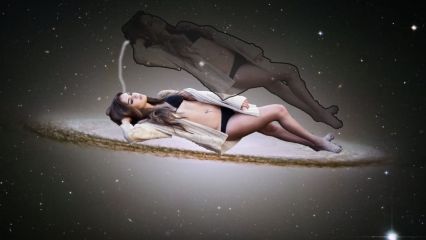 This world may, however, have minor differences between the physical reality world we know if strict mind control is not maintained. Proponents of the writings of Robert Bruce sometimes refer to this practice as "Real Time Projection" (RTP) and the mundane world as the "Real Time Zone" (RTZ). From the Real Time Zone, travelers can access "the astral" or remain in the RTZ and witness real time happenings. In Western theosophy, each subtle body is functionally distinct. Since the etheric body and astral body are not the same, according to several sources (noted below), they can not possibly represent the same kind of psychic activity.

Alice Bailey, in Telepathy and the Etheric Vehicle (Lucis Trust), stated that the etheric and astral bodies should not be confused. She indicated that "HPB" (Helena P. Blavatsky) had erroneously merged the two concepts, in order to cover a "mass of information anent the etheric [and] astral" (pages 140-141). The Rosicrucian Fellowship has released several publications on the "etheric region" and the etheric body, as well as their integral relationship with the physical state of being (see Max Heindel, et al). The Theosophical Society, having several branches around the world, also has published literature on both the etheric and astral states. To them, the etheric body is actually the same as the physical; however, it "rests" at a slightly different frequency than regular matter.

Lawrence Bendit and Phoebe Bendit wrote a book called The Etheric Body of Man (Theosophical Publishing), in which the analysis of a psychiatrist meets the psychic visions of an alleged clairvoyant. Therein, the authors explain how the etheric body is a functionally separate body from the physical, and yet they share a mutual relationship, all of which seem to be consistent with how ether and etheric projection is believed to operate, as depicted in other literature. The term was coined at least as far back as the 1940s, by Dion Fortune in her book Psychic Self Defense (Red Wheel/Weiser). She details how an etheric body (during etheric projection), once projected, is "sufficiently physical enough" to be mutually observed by on-lookers (pages 20-22). 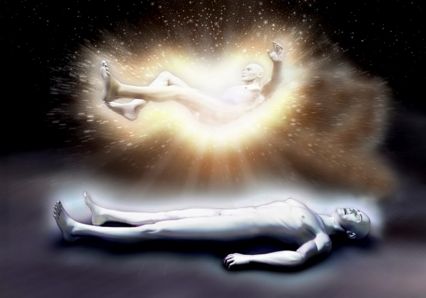 Mental projection is projection of the astral body to the mental plane via utilisation of mental energy while within the astral or etheric to phase into the Mental, or a different process used to project directly into the Mental Plane. The active subtle body of the mental plane is the mental body, which constitutes the intellectual consciousness of the projector in general. The environment is generally highly colorful and kaleidoscopic in nature, like the astral, and shifting consciously. The difference is that even mathematical functions and thoughts will manifest seemingly physically.

The buffer zone between the astral and mental planes is known as the Akashic Records, and appears as a library of knowledge of past, present, and future possibility. There are many theories as to why the perceptions of these records and the mental plane in general differ from projector to projector, but the general consensus is that the Akashic records will appear differently, like a computer or library to different people at different times, and that the future is always sketchy and can often change mid-viewing to the projector.