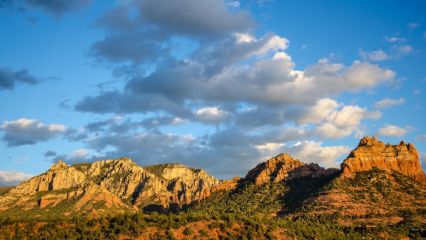 Every single person who has traveled at least once in his life has said that traveling is by far the best investment, intangible as it may be. However, while it’s not something you can hold on to, like real estate or jewelry, the investment is the memories you’ll acquire from your trip and the learning experiences.

Traveling opens up a whole world of possibilities that will teach you great lessons. First is how to handle your pocket money. Whether you’re on a budget tour or a lavish one, the fact of the matter is, you have to handle your own money, whether you’re using hard cash, credit cards, or traveler’s checks. You’ll also learn how to pack in as many items of clothing that you can bring without exceeding the luggage space or weight limit. Packing light is the smartest way to go, especially if you’re lugging around your own bags.

More concretely, traveling enables you to learn about the country’s different cultures and traditions, so different from your own, which is what makes it utterly fascinating. What is beautiful in one culture may not be considered so in another and discovering these diverse practices is what makes the travel experience so enriching. Here’s a list of the world’s most sacred places worth visiting, regardless of your religion or spiritual views. These are in no particular order because who’s to judge which place is the holiest?

In many cultures, water is considered sacred and cleansing to those that come into contact with it. That’s why water is the main element of baptism. The cenote sagrado, otherwise known as “sacred well” or “well of sacrifice,” is found in the renowned and very much visited Mayan archaeological site, Chichen Itza in Mexico. The Mayan civilization looked to these waters as a means by which to cleanse themselves, offer sacrifices, and worship Chaac, the Mayan god of rain. When archaeologists dredged up the well, they not only found pieces of gold and other valuable items; they also found human remains, indicating that the waters were also a venue for human sacrifice in homage to Chaac. 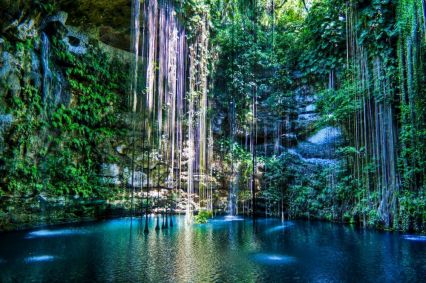 To a mountaineer, Mount Kailash ought to prove the ultimate challenge, as it has never been scaled before, its terrain being deemed too dangerous. However, perhaps it’s best untouched, as it’s considered holy ground to four religions: Bon, Buddhism, Hinduism, and Jainism. The snow-capped peaks are a sight to behold and every year, thousands of pilgrims in all four religions circle the base of the holy mountain on foot in a ritual that is believed to bring good fortune. It’s a very difficult pilgrimage, as one risks fatigue, acrophobia, and braving erratic weathers. Accomplishing the task is believed to bring fulfillment and an abundance of blessings. 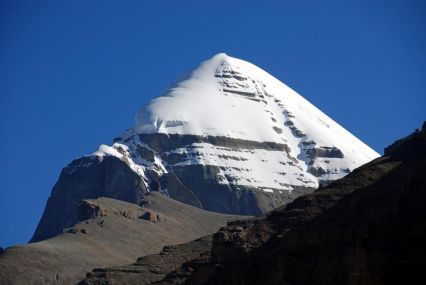 In the English county of Somerset, you wouldn’t expect to find sacred ground. However, there lies Glastonbury Tor, a hill that, according to legend, contains a mystical aura. The ancient Celts believed it housed the entrance to the home of the Gwyn ap Nudd, the Celtic King of the Fairies. In later years, it was believed to be Avalon, where the coffins of King Arthur and Queen Guinevere were supposedly found at the top of the hill. Another legend states that it was the site of the Holy Grail. No matter the myth, it seems that Glastonbury Tor has been proven to emit positive energy to visitors who walk through its hills. Many have claimed they felt lighter and happier upon descending the hill. 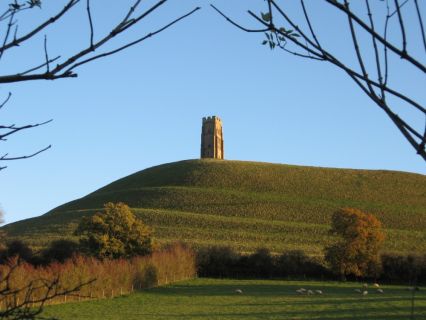 Every person baptized into the Muslim faith is mandated to visit Mecca at least once in their lives. Located in Saudi Arabia, Mecca is considered the most sacred city in the Islamic faith, as it was the birthplace of the prophet and founder of Islam, Muhammad. Every day, Muslims are expected to say a prayer facing the Kaaba, which is located in Mecca and considered the holiest site of Islam. They have never truly attained holiness until they’ve made their pilgrimage to Mecca. Believe it or not, non-Muslims are actually banned from entering the city. 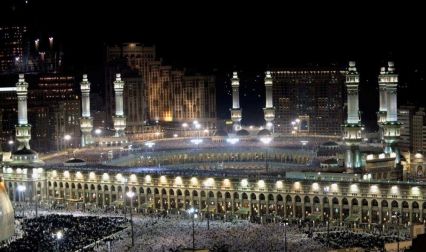 One of the holiest cities in the world is also ironically, lacking in peace and order, due to clashes between Israelis and Palestinians. These clashes date back to Biblical times due to territory disputes. However, Jerusalem is still considered a sacred site by three religions: Judaism, Christianity, and Islam. Among the three religions, it’s perhaps considered the most holy to Christians as it was in Jerusalem where Jesus lived, preached, and died. Literally millions of pilgrims travel to Jerusalem to walk where Jesus walked: to the room where the Last Supper was held; to the garden of Gethsemane where he was captured; down the Via Dolorosa, where he bore the burden of carrying his cross; and finally to Mount Calvary, where he was crucified. 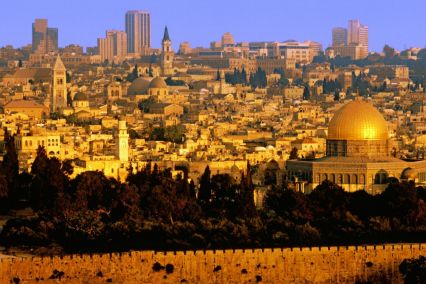