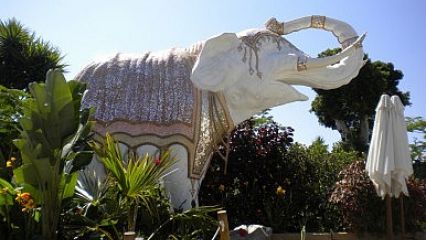 Historically linked to to the era of British colonialism in India, it entered popular culture folk-magic during the late 19th century and probably reached its apotheosis in the 1930s, when lucky elephant charms and knick-knacks were all the rage in the United States, Canada, and Europe. The origins of the lucky elephant charm can be found in the Hindu religion of India. There, the god Ganesha, the elephant-headed son of Siva and Parvati, is worshipped as an opener of the way and luck-god. Ganesha has his own iconography in India, and his best-known symbol is the swastika, which was also popular as a luck-symbol in America, at least until the Nazis corrupted its referential connotations.

There are different opinions as to if the elephant trunk should be up or down. Some say if the trunk is up the elephant will shower good fortune on all who walk past it. The most common belief is that the trunk has to be up for good luck. Some even claim that if the trunk is down it is very unlucky for the owner. Many believe that a bracelet made from elephant hair will bring good luck. Aristotle, the ancient Greek philosopher claimed that the elephant surpassed all other animals in wisdom. Elephants are capable of showing great compassions and expressing grief. 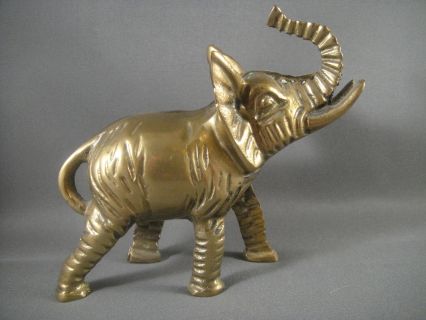 Whether called a Harmony Ball, a Bola or Druid Ball the similarities are that it is seen to be a piece of jewellery, it includes a chiming ball and in most cases has cultural, regional and family heritage significance.