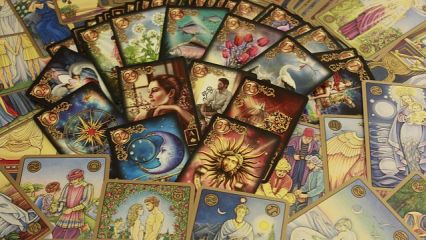 The concept behind this technique is based on two things: the archetypal nature of Tarot symbolism and the power of body language. If you change your body language, you will change.

It has been discovered, through the work of psychologist Wilhelm Reich, and later through Neuro-Linguistic Programming, that if you change your body language, you will change. The question is, how do you choose the body language to achieve desired changes? By combining the power of changing body language with that of archetypal Tarot symbolism, we can work some of the greatest magic of all: changing ourselves.

The technique for doing this magic is actually rather simple. Begin by doing your usual banishings. In your magical circle, place two chairs at opposite sides of the circle. Have the person who wants to change use the first chair to assume the position of the boy in The Sun card. Let the person really feel the heat of the Sun coming down only on him. Let that person sense the sunflowers turned toward him. The person should feel that only one thing matters in the universe. And what is that one thing? It’s me!