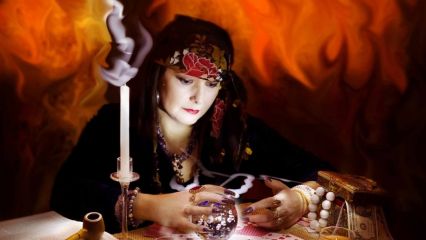 The Tzigane Tarot, also called the Tzigane Oracle or Gypsy Tarot, is a divination tool composed of 36 cards that is very explicit visually. In recent years, there has been a growing movement to deny that Gypsies had...

In recent years, there has been a growing movement to deny that Gypsies had anything to do with the introduction of the tarot into Europe. The idea has been increasingly ridculed since the start of the 20th century on basis that the cards were used for divination prior to the arrival of these migrating people into Europe. This claim is equally suspect on the grounds that there is no hard evidence to prove any other group or culture for that matter, were resposible for the introduction of the tarot into the Western conciousness. It is as if the tarot 'just arrived' from nowhere and manifested in Nothern Italy around seven hundred years ago according to most historians.

The historical archeology of much of the tarot strongly suggests a possible Hindu origin brought into Europe via the Slavic world. One of the reasons for this backlash against the Gypsie origins of the tarot, is I believe, the historical confusion concerning different branches of the 'Gypsie' racial groups, and in particular, the confusing of the Roma Gypsies (the 'Romani' who spread into Western Europe in the 15th Century) and the Indo-European sub-group of Gypsies called The Dom.

Several Dom tribes migrated across the Danube into Western Europe and were called Dom and much later became to be known as Rom, while the ones that remained in Persia and Turkey were still called Dom. These migrations took place several centuries before the accepted date of mass Romani migration into Europe around the 14th century. Hence the confusion and the mistaken belief that the tarot (as an esoteric canon) predates the great Gypsie migration. The contemporary historians who promote the fashionable Knight Templar theory are ignoring the previous migration of the Dom. Which to be fair, is understandable. They are similar ethnic Gypsie group and these are the ones who brought the early version of the tarot into Europe. 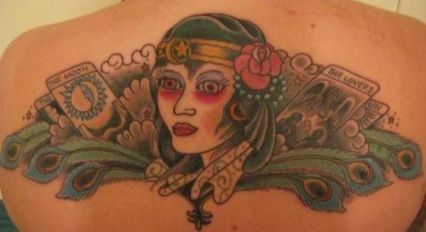