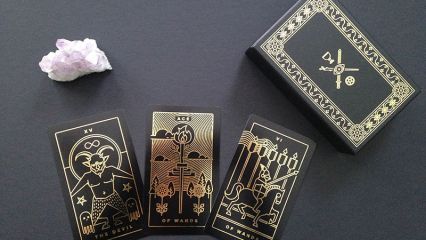 Reading through the meaning of each Tarot card, it is common to wonder where the interpretations originated from.

Popular psychology is present in many definitions but more specifically, Jungian psychology has highly influenced the Tarot meanings. Carl Gustav Jung (1875-1961), was originally a student of Freud, but moved away from Freud's psycho-analytical approach to develop a rich system of symbols entirely his own.

Jung's fascination with mankind's spiritual element combined with his interest in divination, dreams and astrology seems more connected to ancient Chaldean teachings than modern psychology. Jung's personal experiences, like Freud before him, factor heavily in his system. Jung's psychic abilities were documented and he had experienced such phenomena as ghost, visions, telepathy and precognitive dreams. 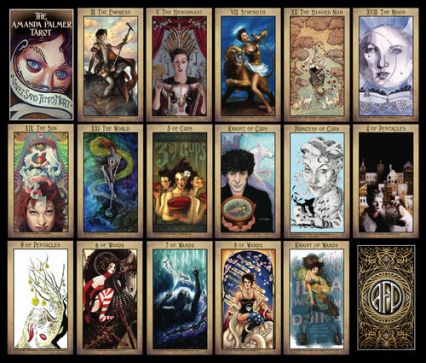 These archetypes also appear over and over again in myths, legends and stories. Joseph Campbell, a popular anthropologist and writer whose work explores universal archetypes has documented them and their place in every world culture.

These symbols occur again in the Major Arcana, in the pictures representing the Tarot cards. The Empress, symbolic for the fruitful mother while the Emperor is a stern, authoritarian father are just some of the archetypes present in the Major Arcana. Jungians believe that the universal and dream-like feelings of these images work on an unconscious level and allow greater knowledge to come to the conscious mind.

In a Tarot reading, these powerful archetypes work together to create a pattern or a message that allows the questioner to understand and sort out their difficulties. Like many other oracles, their powerful symbols can also demonstrate to the reader the feelings or ideas that are lurking just below the surface of their conscious mind. The symbolism of the Tarot can be a gentler way to bring the questioner in touch with feelings they may be refusing to acknowledge.

Studying the image and meaning of these archetypes can be therapeutic for the Tarot reader or questioner and help them understand all the powerful symbols present in their lives. For those who are unhappy with who they are, working with archetypes can help them to realize the strength of their current archetype and also how everyone is made up from multiple symbols. We all have the ability to be a Warrior, Magician or Mother- archetypes evolve as we do.