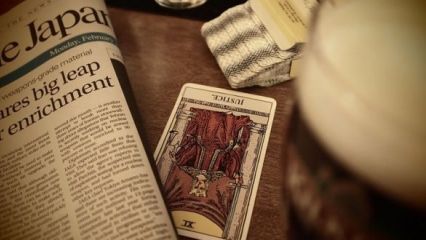 Oracle cards and Tarot cards are similar in that they are both used for the same purpose – doing readings, exploring oneself and divining the future. Oracle cards can be anything - there are no rules that must be followed.

A Tarot deck follows a particular formula. An Oracle deck is more free-form, and has 22 major arcana cards numbered 0 through 21. Some decks will have an extra card that is unique to that deck. For example, the Crystal Visions Tarot has an extra card called “The Unknown Card”, making it a 79-card deck, instead of the standard 78 cards.

Oracle cards can be anything - there are no rules that must be followed. If a Tarot deck is like a Harlequin, then an Oracle deck is like a novel that just happens to have romantic elements in it. Perhaps there are even some Harlequin-type aspects to it, but it does not follow any set formula to a tee. An Oracle deck can have any number of cards in it. Most of them tend to be less cards than a Tarot deck, but some can have more. Some Oracle cards will have phrases on it - something that is rare for a Tarot deck - but some decks might only have images and no words.