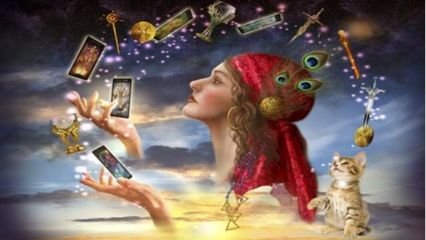 There are different spreads used by card readers and are interpreted through symbolism and imagery, but there is no standard layout. The Celtic Cross is one of the most detailed and complex spreads used.

The Celtic Cross Layout-Tarot layout known as the Celtic Cross is one of the most detailed and complex spreads used. It's a good one to use when you have a specific question that needs to be answered, because it takes you, step by step, through all the different aspects of the situation. Basically, it deals with one issue at a time, and by the end of the reading, when you reach that final card, you should have gotten through all the many facets of the problem at hand.

The Romany Spread-Romany Tarot spread is a simple one, and yet it reveals a surprising amount of information. This is a good spread to use if you are just looking for a general overview of a situation, or if you have several different interconnected issues that you're trying to resolve. This is a fairly free-form spread, which leaves a lot of room for flexibility in your interpretations 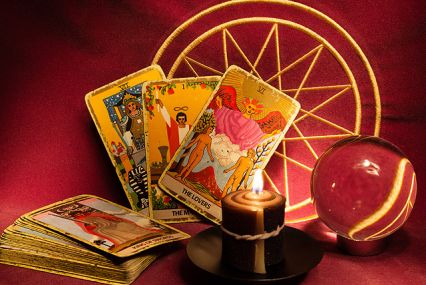 The Pentagram Spread-Pentagram is a five-pointed star sacred to many Pagans and Wiccans, and within this magical symbol you'll find a number of different meanings. Think about the very concept of a star -- it is a source of light, blazing in the darkness. It is something physically very far away from us, and yet how many of us have wished upon one when we saw it up in the sky? The star itself is magical. Within the pentagram, each of the five points has a meaning. They symbolize the four classical elements -- Earth, Air, Fire and Water -- as well as Spirit, which is sometimes referred to as the fifth element. Each of these aspects is incorporated into this Tarot card layout.