Elements and the Signs 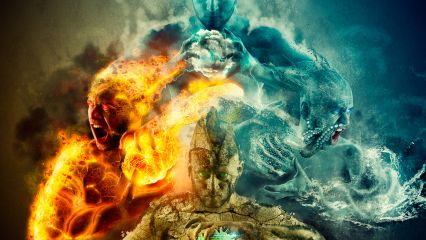 Tradition sees the entire universe as consisting of the elements fire, air, water and earth. When we apply this system to personalities, the elements represent certain basic traits and give a certain “temperament”.

Tradition sees the entire universe as consisting of the elements fire, air, water and earth. When we apply this system to personalities, the elements represent certain basic traits and give a certain “temperament”. This varies according to the emphasis of the elements in the horoscope.

The four elements can be regarded as four basic principles of life. These can be applied to all sorts of things through the principles of similarity and analogy. C.G. Jung has opened the door to a modern understanding of these categories by developing a system of types, in which the elements correspond to four basic functions of the psyche. The emphasis or non-emphasis of the elements in the individual horoscope reveals fundamental aspects of the personality.

Fire - People with a strong emphasis of the fire element are spontaneous and impulsive, they apply their energies wholeheartedly. Their emotional response is quick and they have a lively imagination. Fire signs: Aries, Leo and Sagittarius. Air - Airy people are quick and animated. They apply their energies in very diverse ways. They tend to intellectualize their feelings and expectations. Air signs: Libra, Aquarius, Gemini.

Water - People with a strongly emphasized water element are feeling types and are very sensitive. Their imaginative and emotional lives are deep and rich. Water signs: Cancer, Scorpio, Pisces. Earth - Earthy people react quietly and slowly. They apply themselves with endurance. Emotionally they are deeply rooted and slow to change. Earth signs: Capricorn, Taurus, Virgo. 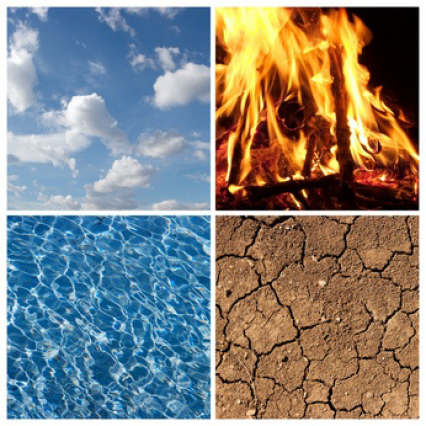 Each of the four elements occurs in three states or qualities, respectively named the cardinal, fixed and mutable or common states. In the individual horoscope, the placement of planets in cardinal, fixed or mutable signs also reveals basic traits of the personality. Cardinal - People with an emphasis on cardinal signs have an urge to take the lead and to shape things.

They are initiators and act according to their aims and goals. Cardinal signs: Aries, Libra, Cancer, Capricorn. Fixed - People with an emphasis on the fixed signs have a desire to build on what is already there and to organize it more efficiently. They tend to preserve a "status quo" and act in response to given circumstances. Fixed signs: Leo, Aquarius, Scorpio, Taurus. Mutable - People with an emphasis on the mutable or common signs tend to seek change and renewal. They can easily replace one thing with another and align their actions with unfolding processes. Mutable signs: Sagitarius, Gemini, Pisces, Virgo.