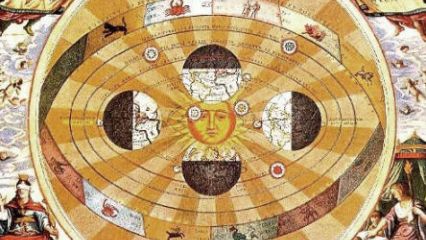 Western astrology measures from Equinox and Solstice points (points relating to equal, longest and shortest days of the tropical year), while Jyotiṣa or Vedic astrology measures along the equatorial plane (sidereal year). Precession results in Western astrology's zodiacal divisions not corresponding in the current era to the constellations that carry similar names, while Jyotiṣa measurements still correspond with the background constellations. 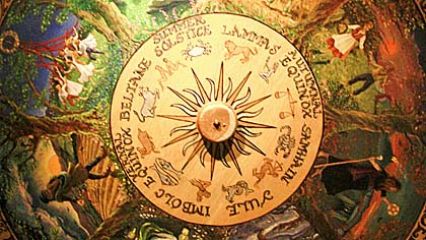 Horoscope has many diversities: the twelve signs and the planets, signs and planet influences, symbols, the various blendings of the planets and sun and moon, your rising sign, the 12 houses in your horoscope and planets in aspect. In Western and Asian astrology, the emphasis is on space, and the movement of the Sun, Moon and planets in the sky through each of the zodiac signs. In Chinese astrology, by contrast, the emphasis is on time, with the zodiac operating on cycles of years, months, and hours of the day. A common feature of all three traditions however, is the significance of the Ascendant - the zodiac sign that is rising (due to the rotation of the earth) on the eastern horizon at the moment of a person's birth.

In Indian astrology, there are four elements: fire, earth, air, and water. The master of fire is Mars, while Mercury is of earth, Saturn of air, and Venus of water. Jyotish astrology recognises twelve zodiac signs (Rāśi), that correspond to those in Western astrology. The relation of the signs to the elements is the same in the two systems. Unlike the Western or Indian zodiacs, the Chinese zodiac signs are not derived from constellations, and are not assigned to sections of the ecliptic. Instead, Chinese astrological signs operate on cycles of years, lunar months, and two-hour periods of the day (also known as shichen). A particular feature of the Chinese zodiac is its operation in a 60-year cycle in combination with the Five Phases of Chinese astrology (Wood, Fire, Metal, Water, and Earth).

Historically, however, astrology had a much greater wellness purpose. Interestingly enough, many doctors at one time used astrology as a tool to help determine the likelihood of developing a number of serious diseases. Medical astrology is one of the longest intellectua traditions.