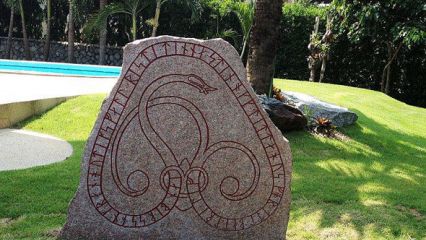 The impact of a sentence uttered aloud could not be questioned and could never be taken back – as if it had become somehow physical. … Words create reality, not the other way around.” This is, in an important sense, an anticipation of the philosophy of language advanced by the German philosopher Martin Heidegger in his seminal essay Language. For Heidegger, language is an inescapable structuring element of perception. Words don’t merely reflect our perception of the world; rather, we perceive and experience the world in the particular ways that our language demands of us. Thinking outside of language is literally unthinkable, because all thought takes place within language – hence the inherent, godlike creative powers of words. In traditional Germanic society, to vocalize a thought is to make that thought part of the fabric of reality, altering reality accordingly – perhaps not absolutely, but in some important measure.

Each of the runes represents a phoneme – the smallest unit of sound in a language, such as “t,” “s,” “r,” etc. – and as such is a transposition of a phoneme into a visual form. Most modern linguists take it for granted that the relationship between the signified (the concrete reality referred to by a word) and the signifier (the sounds used to vocalize that word) is arbitrary. However, a minority of linguists embrace an opposing theory known as “phonosemantics:” the idea that there is, in fact, a meaningful connection between the sounds that make up a word and the word’s meaning. To put this another way, the phoneme itself carries an inherent meaning. The meaning of the word “thorn,” for example, derives in large part from the combined meaning of the phonemes “th,” “o,” “r,” and “n.” 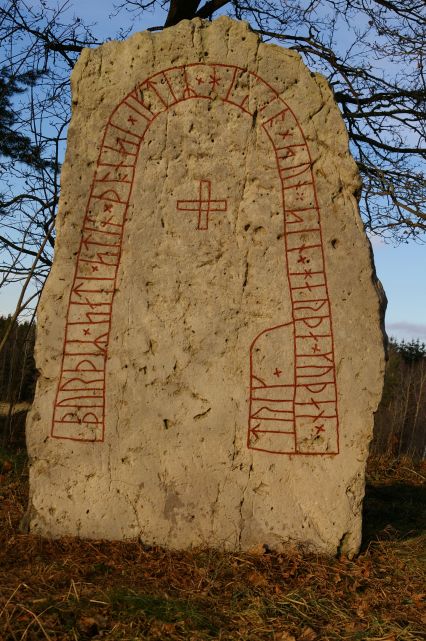 The phonosemantic view of language is in agreement with the traditional northern European view, where “words create reality, not the other way around.” The runes, as transpositions of phonemes, bring the inherent creative powers of speech into a visual medium. We’ve already noted that the word “rune” means “letter” only secondarily, and that its primary meaning is “secret” or “mystery” – the mysterious animistic power carried by the phoneme itself. We must also remember the ordeal Odin undertook in order to discover the runes – no one would hang from a tree without food or water for nine days and nights, ritually wounded by his own spear, in order to obtain a set of arbitrary signifiers.

Thus, the runes were not only a means of fostering communication between two or more humans. Being intrinsically meaningful symbols that could be read and understood by at least some nonhuman beings, they could facilitate communication between humankind and the invisible powers who animate the visible world, providing the basis for a plethora of magical acts.

We must ask ourselves in meditation, directing our attention with the target (be it a person or an intention), to create a union with our being interior.