Horoscope - meaning in the sky 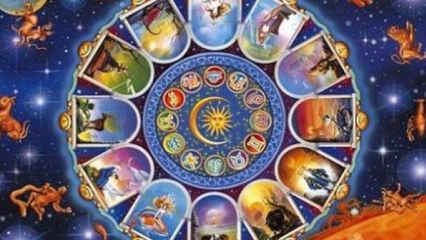 A horoscope is an astrological chart or diagram representing the positions of the Sun, Moon, planets, astrological aspects, and sensitive angles at the time of an event, such as the moment of a person's birth.

The word horoscope is derived from Greek words hõra and scopos meaning "time" "observer" (horoskopos, pl. horoskopoi, or "marker(s) of the hour.") The horoscope serves as a stylized map of the heavens over a specific location at a particular moment in time. In most applications the perspective is geocentric (heliocentric astrology being one exception).

The positions of the actual planets (including Sun and Moon) are placed in the chart, along with those of purely calculated factors such as the lunar nodes, the house cusps including the midheaven and the ascendant, zodiac signs, fixed stars and the lots. Angular relationships between the planets themselves and other points, called aspects, are typically determined. The emphasis and interpretation of these factors varies with tradition. The Zodiac, or "circle of animals" is a zone or belt in space projected onto the celestial sphere through which, from our viewpoint, the planets move. 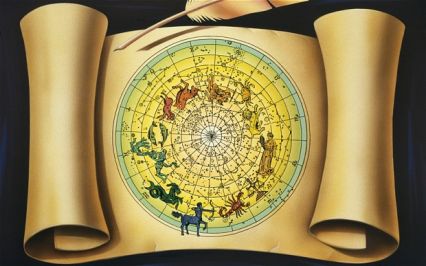