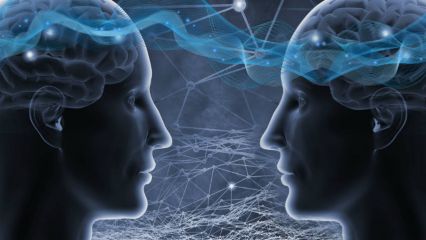 Sending and receiving of messages from individual to individual by mind alone is never mentioned at all. As with all psi phenomena, there is wide disagreement and controversy within the sciences, even within parapsychology, as to the existence of telepathy. Western scientific investigation of telepathy is generally recognized as having begun with the initial program or research of the Society for Psychical Research. The apex of their early investigations was the report published in 1886 as the two-volume work Phantasms of the Living.

It was with this work that the term "telepathy" was introduced, replacing the earlier term "thought transference". Although much of the initial investigations consisted largely of gathering anecdotal accounts with follow-up investigations, they also conducted experiments with some of those who claimed telepathic abilities. However, their experimental protocols were not very strict by today's standards.

In 1917, psychologist John E. Coover from Stanford University conducted a series of telepathy tests involving transmitting/guessing playing cards. His participants were able to guess the identity of cards with overall odds against chance of 160 to 1; however, Coover did not consider the results to be significant enough to report this as a positive result.

Perhaps the most well-known telepathy experiments were those of J. B. Rhine and his associates at Duke University, beginning in the 1927 using the distinctive ESP Cards of Karl Zener. These involved more rigorous and systematic experimental protocols than those from the 19th century, used what were assumed to be 'average' participants rather than those who claimed exceptional ability, and used new developments in the field of statistics to evaluate results. Results of these and other experiments were published by Rhine in his popular book Extra Sensory Perception, which popularized the term "ESP". 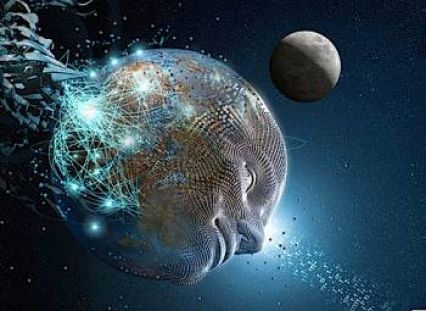 Another influential book about telepathy in its day was Mental Radio, published in 1930 by the Pulitzer prize-winning author Upton Sinclair (with foreword by Albert Einstein). In it Sinclair describes the apparent ability of his wife at times to reproduce sketches made by himself and others, even when separated by several miles, in apparently informal experiments that are reminiscent of some of those to be used by remote viewing researchers in later times. They note in their book that the results could also be explained by more general clairvoyance, and they did some experiments whose results suggested that in fact no sender was necessary, and some drawings could be reproduced precognitively.

By the 1960s, many parapsychologists had become dissatisfied with the forced-choice experiments of J. B. Rhine, partly because of boredom on the part of test participants after many repetitions of monotonous card-guessing and refusing the suggestion by magicians of adding cards that were totally blank, partly because of the observed "decline effect" where the accuracy of card guessing would decrease over time for a given participant, which some parapsychologists attributed to this boredom.

Some parapsychologists turned to free response experimental formats where the target was not limited to a small finite predetermined set of responses (e.g., Zener cards), but rather could be any sort of picture, drawing, photograph, movie clip, piece of music etc.

As a result of surveys of spontaneous psi experiences which reported that more than half of these occurred in the dreaming state, researchers Montaque Ullman and Stanley Krippner at the Maimonides Medical Center in Brooklyn, New York, undertook a series of experiments to test for telepathy in the dream state.

Among the many myths and mysteries surrounding twins is the idea that they share a special connection, perhaps even a supernatural ability to communicate. There are too many amazing stories of twin incidences to discount the concept.