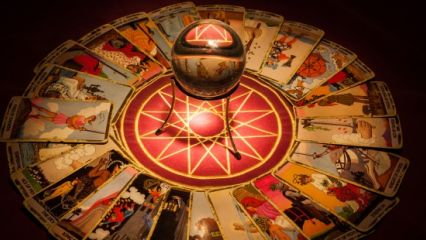 How is it possible for a series of images to effect a reconstruction of being? Each of the early originators of tarot knew the difference between a symbol and an image.

Only the symbol retains the power to effect transformation, only the symbol has the power to effect initiation. However without an active process of engagement and ingestion, the symbol remains inactive and cannot yield its transformative potential. The initiatory function cannot become operative until an active relationship is established between the would-beinitiate and the initiating material. This relationship demands engagement through the age-old companion on the spiritual journey: meditation.

As the reflective, contemplative and integrating aspects of meditation come into play, so particular symbols are inwardly absorbed and digested within the psyche to release a spiritual nutrition. This is not a single event but an ongoing, self-propelling process of dynamic change. In the fullness of time this process of forward movement brings the level of reconstruction which effects a cycle of death-renewal- rebirth, this is the essence of initiation. It is this potency which rightly endowed Tarot its early mystique; learning the tarot was once accompanied with vows of secrecy.