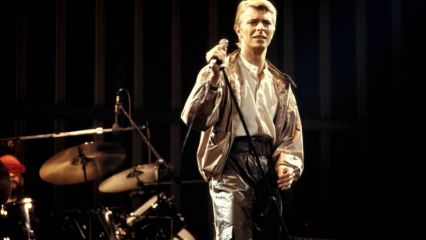 He saw where the music industry was going long before anyone else. He was a musical pioneer, thanks to his artistic blending of rock and pop and also a seemingly endless series of gender-bending personas.

David Bowie was also a visionary when it came to the business of music and the future of that business. In 1998, for example, at a time when most musical artists had probably not even heard of the Internet, Bowie launched his own Internet service provider or ISP called BowieNet. “If I was 19 again, I’d bypass music and go right to the internet,” he said at the time.

In 1996 he was one of the first major artists to release a song as an online-only release. Bowie was also an early fan of music-sharing services like Napster, at a time when the record industry and virtually every other mainstream musician thought the service was the creation of the devil. He accurately predicted a future in which record labels and traditional distribution models would be disrupted, potentially even obliterated.

Bowie told the New York Times in 2002: “I don’t even know why I would want to be on a label in a few years, because I don’t think it’s going to work by labels and by distribution systems in the same way. The absolute transformation of everything that we ever thought about music will take place within 10 years, and nothing is going to be able to stop it.”

Music, said Bowie, would become “like running water or electricity. You’d better be prepared for doing a lot of touring because that’s really the only unique situation that’s going to be left. It’s terribly exciting. But on the other hand it doesn’t matter if you think it’s exciting or not; it’s what’s going to happen.” 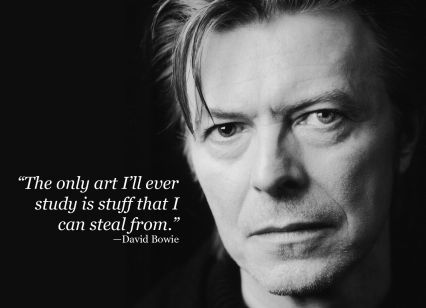 As the music industry was transformed by downloading, just as Bowie expected it would be, the value of his bonds declined to the point where they were rated almost “junk” status (they liquidated in 2007, as they were scheduled to do). But that was hardly Bowie’s fault - in fact, it was even more proof that he was right in his expectations of where the industry was going.

Bowie’s death triggered a mini-boom in demand for his work, including his new album “Blackstar,” which was released on his 69th birthday last week. According to Associated Press, the new album hit No. 1 on the iTunes album charts on Monday, and his greatest hits album “Best of Bowie” hit No. 2, pushing out Adele’s “25.” Spotify streams of Bowie songs also reportedly spiked by as much as 2,700% following news of his death.